You are here: Home1 / About2 / Directors

PRESENT AND PAST DIRECTORS

» History of the FIU

» Directors (Present and Past) 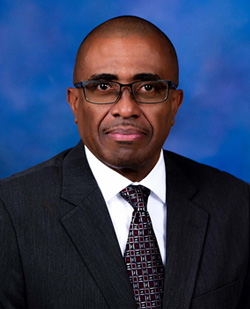 Mr. Quinn McCartney currently serves as the Director of the Financial Intelligence Unit (FIU) of The Bahamas, a position he was appointed to on 1 January 2019.

Prior to this appointment he served as Director of Security at a leading Resort and Casino in New Providence. Mr. McCartney completed 32 years of service as a member of the Royal Bahamas Police Force in January 2015, when he retired at the rank of Deputy Commissioner. His service on the Police Force also included Senior Assistant Commissioner of the Grand Bahama District, Assistant Commissioner of Management Services, Commandant of the Police Training College, and Director of the Forensic Science Section, where he spent most of his career as a Forensic Scientist.

Upon assumption of the position of Director, Mr. McCartney embarked upon an aggressive programme to modernise the FIU, as he was mandated to make the necessary changes to ensure that the FIU was fully compliant with Immediate Outcome 6 of the Financial Action Task Force (FATF) Recommendations. To this end he is credited with overhauling the FIU with emphasis on its information technology (IT) infrastructure, which involved the investment of over half a million dollars in the acquisition of a new IT platform, inclusive of new hardware, a new case management database, and an analytical software. The improvements also included the introduction of an e-Filing platform that allows financial institutions, designated non-financial businesses and professions, regulators, and other stakeholders, to electronically submit suspicious transaction reports (STRs), and other reports to the FIU on a seamless and secure platform.

Since his tenure five new analysts, an IT specialist, and an IT technician were added to the staff as part of the Director’s ongoing vision to enhance the team of professionals at the FIU. He continues to advocate for better conditions and benefits for his staff.

Mr. McCartney’s goal was to raise the profile and presence of the FIU as a key player in the AML/CFT/CFP regime in The Bahamas. 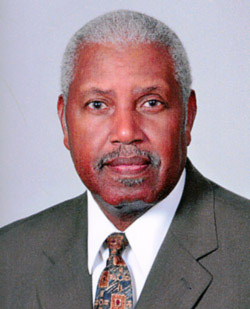 Mr. Reuben Smith severed as the fourth Director of FIU between the period 12 August 2013 and 31 December 2018.

Mr. Smith is a descendant from the island of Long Island, who served on the Royal Bahamas Police Force for almost 43 years, attaining the rank of Senior Assistant Commissioner before his retirement in 2007.

During his tenure as a Police Officer, he had the honour of chauffeuring Her Majesty the Queen and her husband the Duke of Edinburgh during their official visit to The Bahamas in 1977.  He was awarded the Royal Victorian Medal (RVM) and is also the recipient of the Queen’s Police Medal (QPM), the Police Meritorious Medal and the Long Service & Good Conduct Medal.

Significant accomplishments that occurred during Mr. Smith’s tenure at the FIU include: 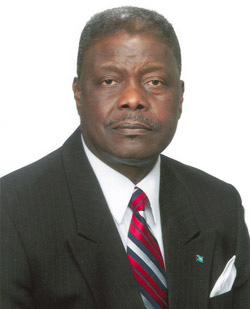 He assumed this position after serving almost 43 years as member of the Royal Bahamas Police Force.  In November 2009 he retired as Commissioner of Police, having served a long and distinguished career, most of which was at Command levels in the Drug Enforcement Unit (DEU) and the Criminal Investigation Department (CID).

During his tenure Mr. Ferguson continued to build on the accomplishments of his predecessor and further strengthened the FIU as a key player in the AML/CFT regime in The Bahamas.  While serving as Director, the FIU, in collaboration with the Regulators, issued a Notice regarding “Fraudulent Transfer/Instructions/Internet Fraud” as a result of the increase in these issues in The Bahamas. 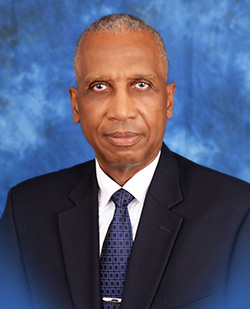 Mr. Johnson is a retired Bahamian professional, who had been employed in the banking and trust sector for approximately 42 years. He was associated with financial institutions, both onshore and offshore, in the public and private sectors, at senior and middle managerial levels, in various areas such as credit and marketing, operations, regulatory oversight, compliance, risk management, money laundering prevention and corporate secretarial functions.

During his career, he participated in many domestic and international conferences, seminars and training programmes directly related to his job functions.

Mr. Johnson holds undergraduate and graduate degrees from the University of Dayton and the University of Miami, respectively. Before retiring, he also held membership in a number professional, industry related organizations including the London Institute of Financial Services (IFS), The Society of Trust and Estate Practitioners (STEP), the International Compliance Association (ICA) and The Bahamas Association of Compliance Officers (BACO).

Mr. Johnson was an active volunteer in several local, non-profit organizations, including the Drug Action Service, National Drug Council and The Bahamas Beautillion Committee. From 1996 to 2005, he served as Adjunct Lecturer locally at several tertiary level institutions in various business subjects. He is an active member of St. Agnes Anglican Church.

Significant accomplishments that occurred during Mr. Johnson’s tenure at the FIU include: 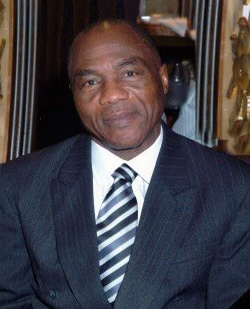 Mr. Wilton Strachan, QPM, Deputy Commissioner of Police (Retired) has the singular distinction of being the first Director of FIU Bahamas.

Mr. Strachan, from the island of Exuma, in The Bahamas, was selected to head the FIU after a distinguished career spanning 41 years of service of the Royal Bahamas Police Force. His law enforcement career afforded him the opportunity to participate in a wide array of courses in the United States, and the United Kingdom. He is a graduate of the FBI Academy, Quantico, Virginia, and he completed the Overseas Command Course at Bramshill Police Staff College in the United Kingdom. He also served on attachment to the Command of the Devon and Cornwall Constabulary also in the United Kingdom.

In June 2001 Mr. Strachan, as Director of the FIU, travelled as part of a six-member delegation, headed by the Attorney General of The Bahamas, to the Netherlands and made a strong case to the Egmont Group for The Bahamas’ removal from the European Union’s (EU) and the Financial Action Task Force’s (FATF) blacklist. The delegation was successful in this regard. It was at this time that The Bahamas FIU became the 54th member of the Egmont Group of Financial Intelligence Units, which was indeed a significant accomplishment.

Other significant accomplishments of the FIU that occurred under Mr. Strachan’s tenure include the issuance of Anti-Money Laundering and Suspicious Transaction Guidelines in December 2001.

Mr. Strachan completed his tenure as Director on 31 December 2003. 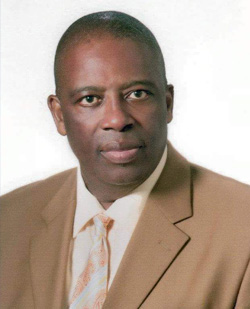 Mr. Edward Smith was one of the founding members of FIU Bahamas when it was established in 2000.  At the time he was serving as an Assistant Superintendent with the Royal Bahamas Police Force, in the Drug Enforcement Unit (DEU), when he was selected along with four (4) other Police Officers to form the Unit.  He served in the capacity of Head of Analysis.

Mr. Smith, along with Director Strachan, played an integral role in selecting the FIU’s location at Norfolk House, Fredrick Street, where it still resides.  He worked closely with TvT Compliance, out of Switzerland, that was contracted to provide consultancy services to the FIU, to develop its policies and procedures. He was also a point person in discussion with representatives of the United States FIU, Financial Crimes Enforcement Network (FinCEN) to review the operations of the FIU and to sponsor the application of the FIU to become a member of the Egmont Group of Financial Intelligence Units.

During his tenure Mr. Smith severed as a member of the CFATF Team that conducted the Mutual Evaluation of Guyana in 2004.

There is no doubt that during Mr. Smith’s distinguished career at the FIU he was an integral part in many of the significant developments that occurred between 2000 and early 2010.  This included selecting staff, upgrading technology, and encouraging staff members to obtain international certifications in AML/CFT.  He also signed on behalf of the FIU, numerous memoranda of understanding (MOU) with counterpart FIUs around the world.